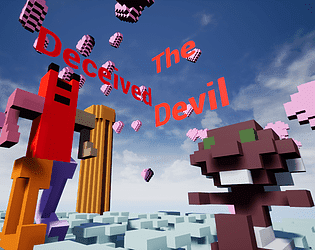 The deceived devil is a singleplayer arcade game. We have to keep moving over clouds while they are fading, but also avoiding lovely cherubs that fall from the sky. Try to survive AS LONG AS YOU CAN. This game was developed for the purpose of participating the  VII Island Jam. Movement controls: Player 1:  W, A, S and D; or  ↑, ↓, →, and ←; or LEFT STICK of your gamepad Other controls: Esc or ALT+F4 t o quit. Available for windows:  https://luisbmier.itch.io/the-deceptive-devil
Post a Comment
Read more 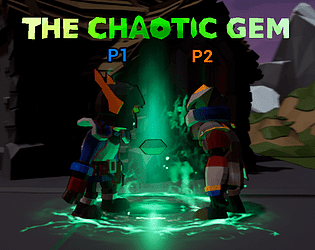 The chaotic gem is a traditional multiplayer competitive game for 2 players. They have to be the first one to catch the coveted gem. However, touching the gem will curse the players. It will change the controls of the players. The chaotic controls is the main mechanic of this game. This game was developed for the purpose of participating the Tenerife Design-Game Jam. Movement controls: Player 1: W, A, S and D. Player 2:  ↑, ↓, →, and ←. Other controls: Esc to pause the game or quit. Available for windows:  https://luisbmier.itch.io/the-chaotic-gem
Post a Comment
Read more

Merry Christmas to everyone 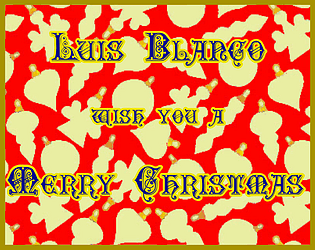 I want to share with you my Christmas. This is a little music game where some people is playing a Christmas song. So, Merry Christmas! Controls: Touch or click to interact with the musicians. Esc or back button to skip and quit. Available on Android, Windows and Linux:  https://luisbmier.itch.io/merry-christmas
Post a Comment
Read more 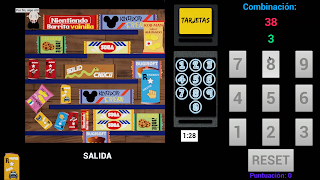 Alberto is trapped inside a vending machine and he is blaming to you. Such a sweet tooth! Try to guide him to his freedom. Introduce the codes correctly before the time is out. This game was developed for the purpose of participating in the V Island Jam . Controls: Move Alberto: W, A, S and D. Introduce the codes: Mouse. Available for windows:  https://grupo-19-18-6.itch.io/alberto-te-suplica Credits: Main programmer: Luis Blanco Programmers: Roberto Castro and Jonás Damián Interface designer and sound effects: Ágora Martín 2D artist: Gema Henríquez Music artist: Joan Pons
Post a Comment
Read more 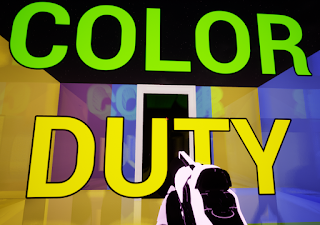 Color Duty is a shooter/strategy game, where the color is the main mechanic. You have to stand in the correct tile and  shoot the targets, in order to get into the gate. This game was developed for VI Island Jam. Controls: Movement: W, A, S and D. Aiming: Move the mouse. Shoot: Left click. Jumping: Space bar. Available for Windows and Linux:  https://luisbmier.itch.io/colordiefloor Videogameplay: The making off:
Post a Comment
Read more

Inspired in games as Port Royale or Heroes of Might and Magic , I am the captain now, it's a game of exploration, resource management and economy. The captain and his crew lead the ship to new shores, finding treasures and dangers. Controls: Orbit the camera: Right click + move the mouse. Shift the camera: Left click + W, A, S and D. Zoom in and out: M ouse wheel. Pick thing on the scene: Left click. Available for Windows:  https://luisbmier.itch.io/captainproject The game is localized in Spanish and English. Videogameplay:
Post a Comment
Read more

Inside a procedural world, a flying demon tries to dodge the towers. Meanwhile, the Shooting Stars  is being played. This game is no longer available.
Post a Comment
Read more